Critics of the proposed "Joint Comprehensive Plan of Action" agreement with Iran and six other world powers fail to address the double standards that run rampant with the nuclear club. Of the current nuclear club members (US, Russia, Britain, France, China, India, Pakistan, Israel and North Korea) only China and India have pledged a non-first use of nuclear weapons, while the US is the only state that has used them. The use of nuclear weapons would be a moral, environmental and legal crime as they kill indiscriminately.

Those nation states without nuclear weapons that have signed the Nuclear Non-Proliferation Treaty have in large part agreed to forgo acquisition of nuclear arms because the treaty, which came into affect in 1970, included one of three foundation pillars of the treaty that required the members of the club to eliminate their stockpile of nuclear weapons. Even as the Cold War ended, the US, as the lone superpower, blew an opportunity to defuse what has become again an increasing global concern. Why are no concerns are raised of those nations that already have them, especially those that have not yet declared a no first use?

According to the Federation of American Scientists there are approximately 15,700 nuclear warheads in the hands of the nuclear club. The U.S. and Russia have by far the most, more than 7,000 each.

The International Campaign to Abolish Nuclear Weapons (ICAN) reports that each of the club members is building and/or modernizing its stockpile. Why is there  ZERO concern with this fact, while we have so much attention regarding one country that might someday get one and which has signed the Nuclear Non Proliferation Pact?

Meanwhile the U.S. budget for nuclear weapons spending grows. The National Priorities Project calculates that we US taxpayers spent $2.2 million EVERY HOUR.

The Union of Concerned Scientists reported earlier this year that President Obama's 2016 budget plan called for $328 billion to be invested in reshaping our nuclear arsenal over the next decade. This from a fellow who gave an impassioned call for nuclear arms reduction in Prague shortly after beginning his presidency.

While President Obama has given lip service to reducing our nuclear arsenal, he has done almost nothing to move forward on it. Perhaps realizing that fear baiting legislators and their military-industrial-complex supporters, would throw out the usual ‘red herring’ that he’d be turning the US over to communists, terrorists, or whatever the evil incarnate du jour happens to be. Just look at what they are saying about the Iran agreement which has broad global support.

We spend more on military than the next seven nations combined, as Robert Reich notes in his short video on The Costs of War and yet the fear-mongers tell us it’s not enough. We need more weapons, more deadly weapons. If the roles were reversed and China, Russia, Japan, Germany, Brazil, India or Pakistan was in that position, wouldn’t we be concerned about their excessive power? Can you imagine how the rest of the world looks at us – the one that has so many nuclear weapons, has used them, has invaded or attacked numerous nation states since WWII?

I wouldn't claim here that Iran is a democratic paradise, although it seems to treat their people better than does, say our good friend Saudi Arabia, and probably gives less support to enemies of the US than do the Saudis. And don’t forget how we helped overthrow their democratically elected president in the mid-50s and installed our puppet Shah who, like our one time buddy, Saddam, was a terror to his people


Just as Israel has destroyed Gaza to the point that the UN reported last week that at current deteriorating rate, it will be unlivable in five years, so did we with destroy Iraq, not only their infrastructure, but their society.

We aren’t the saints those who espouse American exceptionalism tout us to be. Nor is Iran, the vilest nation on the planet. The Iranians love their children as much as we love ours. It’s time to stop the cycle of violence. The threats or use of more violence will not provide the children we both love the security and freedom from fear that we all desire. Join with the community of nations in building a peaceful  future by inviting Iran to join with our human family in renouncing nuclear weapons.

Perhaps if we had a department focused on peace instead of war (the Department of Defense was called the Department of War) we could find more ways to use our heads to build a lasting peace. Actually, Rep. Barbara Lee, the ONLY member of Congress brave enough to vote against the "authorization of the use of force" resolution after the 9/11 tragedy  has reintroduced such a proposal to create a Department of Peacebuilding, H.R. 1111. 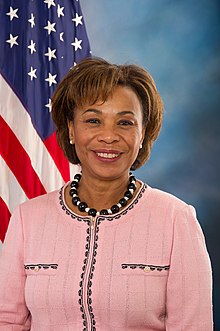 Rep. Lee was right on September 14, 2001. And she is right in recommending the peacebuilding approach now. See her short speech to Congress almost 14 years ago to the day and be inspired to stand up for peace and against war.

Posted by Possibilitator at 9:41 PM No comments: Links to this post


Report on UNCTAD assistance to the Palestinian people: Developments in the economy of the Occupied Palestinian Territory

This report just released from the UN Conference on Trade and Development on the situation in Gaza show just what our insane foreign policy can buy. The innocuous title belies the provocative material inside it. Although the brouhaha over the concerns with the pending Iran nuclear agreement will pretty much guarantee this report will be largely ignored by our mass media. I for one am frustrated at the vivid hypocrisy of those in the U.S. Congress that harp on the awful Iranian government while we ignore, for example, our good pals the Saudi Arabian dynasty which funds lots of horror in the world and who treats its own women as second-class citizens.

But all this pales in my mind from yet another pile of evidence of what our blind allegiance to the government of Israel has most recently purchased.  I’ve seen a few photos and little videos of the destruction in Gaza but the 18 page report from the UN  released this week, if you can stomach reading it all, makes pretty clear that you would need a lot of pictures to describe what Israel, and by proxy, the U.S. has inflicted on the people of this ancient land. There is in my mind, NO legitimate moral or legal justification for the situation in the Palestinian Territories, most acutely in Gaza as delineated by this report. The targeted destruction of 15,000 fruit trees is hardly a defensive action.  The report suggests that current trends would make Gaza unlivable in five years. Based on what I read it seems that way now. Let the report speak for itself.

“The Palestinian economy is the economy of an occupied territory, and
therefore – contrary to the claims of some observers – the efficacy of donor support has been undermined by occupation, not by the inadequacy of Palestinian National Authority policies or poor donor coordination. The fiscal burden of the humanitarian crises and the occupation-related fiscal losses have diverted donor aid from development to humanitarian interventions and budget support. No amount of aid would have been sufficient to put any economy on a path of sustainable development under conditions of frequent military strikes and destruction of infrastructure, isolation from global markets, fragmentation of domestic markets and confiscation and denial of access to national natural resources.” (pp.2-3)
The contraction of the Palestinian per capita GDP by 3.3 per cent and the extremely high unemployment rates subject large sections of the Palestinian population to poverty and food insecurity. Before the military operation in Gaza and the economic contraction in 2014, food insecurity in the Occupied Palestinian Territory was already very high, with one in three households food insecure, according to 2013 data. Conditions were worse in Gaza, where nearly 6 in 10 households were food insecure compared to 1 in 5 households in the West Bank (Palestinian Central Bureau of Statistics et al , 2014). (p.4)

Israeli settlements in the West Bank continued to expand, and the number of settlers has quadrupled since the Oslo Accords. Today, settlers outnumber Palestinians in Area C (61 per cent of West Bank area), which includes the most valuable Palestinian natural resources. Overall, 341,000 Israeli settlers live in 235 settlements and outposts in Area C, compared to 300,000 Palestinians (United Nations, Office for the Coordination of Humanitarian Affairs (OCHA), 2014a). Settlers’ violence against Palestinians and their productive assets continued, with 9,333 productive trees destroyed or vandalized in 2014. The violence escalated in 2015; in January
alone, another 5,600 trees across the West Bank were uprooted or vandalized (
OCHA, 2015). (p.4)

Towards the end of 2014 the movement of Palestinian people and goods in the
West Bank was hindered by 490 barriers installed by Israel, including checkpoints, roadblocks, trenches and the Separation Barrier, which runs into the Occupied Palestinian Territory and unilaterally redefines the borders away from the internationally recognized Green Line (OCHA, 2014b). Gaza remained under a blockade that isolates it from the world and its traditional markets in the West Bank and Israel, which absorbed some 85 per cent of its exports before the blockade. (p.4)

The latest military operation has effectively eliminated what was left of the middle class, sending almost all of the population into destitution and dependence on international humanitarian aid. With the destruction of the economy and its capacity to create jobs, food insecurity now affects 72 per cent of households (Office of the Quartet Representative (OQR), 2014). Consequently, the majority of the population is forced into dependency on humanitarian aid to meet basic needs. The number of Palestinian refugees solely reliant on food distribution from the United Nations Relief and Works Agency for Palestine Refugees in the Near East (UNRWA) increased from 72,000 in 2000 to 868,000 by May 2015, representing half the population of
Gaza and 65 percent of the registered  refugees (UNRWA, 2015b) (p.8)

OQR compiled a partial list of damages incurred by Gaza during the 2014
operation, which have significant economic and social effects, and reported the following (OQR, 2014):
(a)  18,000 housing units destroyed or severely damaged and 44,300 units damaged
(b)  26 schools destroyed and 122 damaged
(c)  15 hospitals and 45 primary health centres damaged
(d)  Gaza’s sole power plant affected by damage and lack of fuel and widespread damage to electricity lines
(e)  20–30 per cent of the water and sewage network damaged
(f)   Water desalination plant in Deiral-Balah damaged
(g)  Total damage to the agricultural sector at $550 million
(h)  220 agricultural wells destroyed or badly damaged
(i)   At least 40,000 people employed in the agricultural sector affected through
Damage to agricultural lands and the loss and/or death of productive animals
(j)   247 factories and 300 commercial establishments fully or partially destroyed
(k) Damages to Gaza Industrial Estate estimated at $5 million
(l)   Widespread damage to landline, mobile and Internet infrastructure, including destruction of switches, fixed - line networks, cellular stations, networks, cables and the headquarters of companies

During the last six years, Gaza has endured severe human losses, with
three military operations claiming the lives of at least 3,782 Palestinians and 95 Israelis.4 According to OCHA and UNRWA, in 2014, Gaza witnessed the highest civilian death toll since 1967. By May 2015, 20 per cent of Gaza’s population, or 360,000 people, needed treatment for mental health conditions, and there is already a serious shortages of such services. With regard to children, Gaza’s future human capital, 521 lost their lives, and about 1,000 were injured and 400,000 are in need of immediate psychosocial support (OCHA, 2014c, and Save the Children, 2015). (p.11)

There is much more in these 18 pages which come more than a month after an Amnesty International report on the Gaza conflict.

You might also consider Richard Falk’s recent blog and review of Mohammed Omer’s recently published Shell-Shocked: On the Ground under Israel’s Gaza Assault.

What we do with this is less clear. But adding more arms to the equation is the last thing we should be doing.

Posted by Possibilitator at 12:01 AM No comments: Links to this post